It's Our Time, Canada


Tonight is Game Five of the NBA Finals. In previous years that didn't mean so much - but this year, the entire city is holding its breath.


Tonight our Toronto Raptors could potentially earn an NBA title (specifically the Larry O'Brien Trophy) for the first time since the team was formed in 1995. It's a big deal.

I remember when I found out Toronto would be getting a basketball team - I was in the sixth grade. It was summer. I played Point Guard on a girls' team on the weekends - I was stoked.

In those first few years, I was pretty much a Raptor's nerd. My seventh grade locker had pictures of Damon Stoudamire and Doug Christie. I begged my dad to take me to a Walt Williams signing one weekend - we waited in a long line and got some signed photos. It was an exciting time. 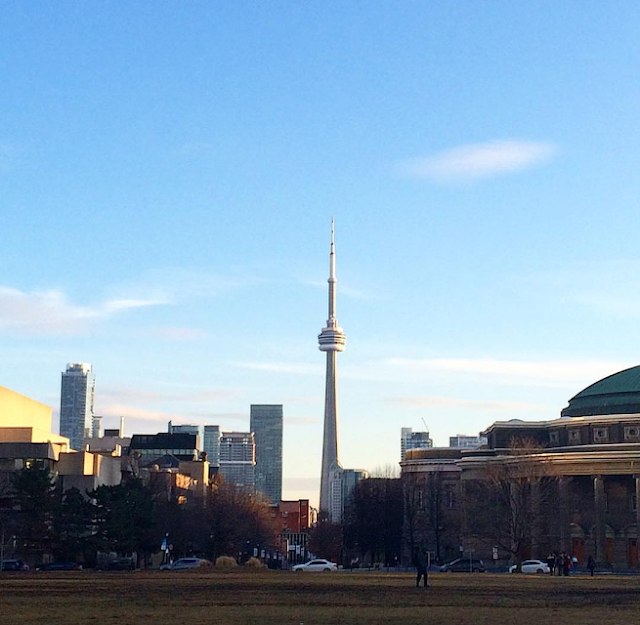 I must admit after a few years, my interests shifted and while I still had dreams of auditioning for the Raptors Dance Pack, I was more into dance and performance art than basketball. Watching games was no longer that exciting but my boyfriend (now husband) was a big fan, so I'd get on board during playoffs - enjoy the fun parts (the wings and beer), cheer a little and call it a day.

As a radio anchor, I read the Sports highlights on air, but I had to work hard to get the lingo and when that big trade happened, I had to practice pronouncing "Siakam." 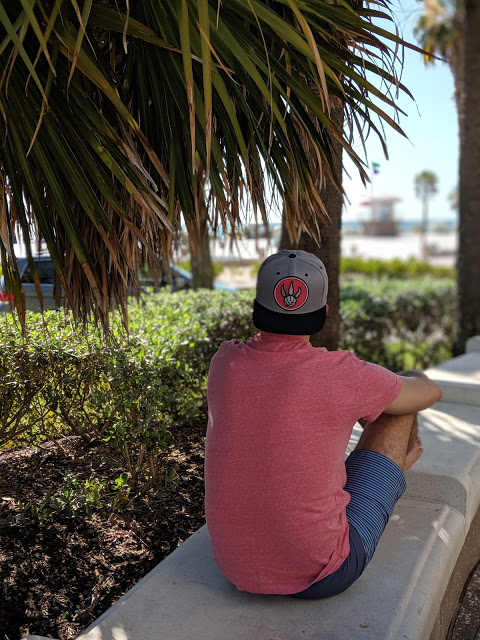 I didn't think much about basketball. I no longer knew much about the team. It was cool, but I was kinda over it until bandwagon season came around again.

But in 2019, things are different. The Raptors have done something truly incredible. They are finally on the map. They finally have a shot at the NBA Championship. We are one win away.

It seems unreal. But here we are. 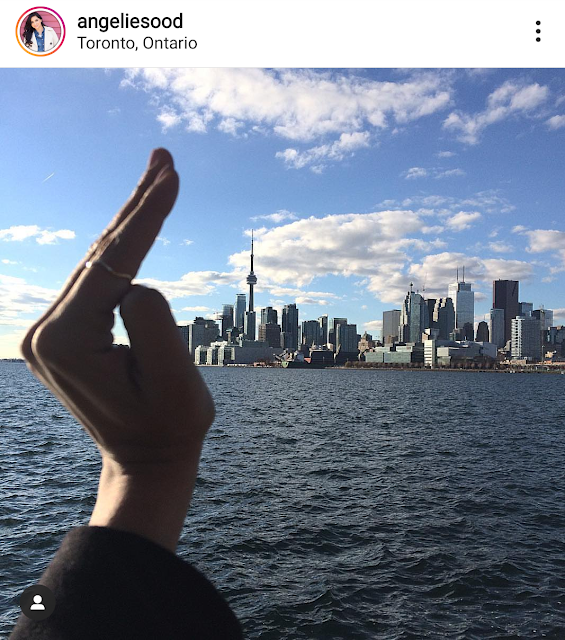 I went from being a first day fan to a "here for the wings and beer" fan to now - someone who can have a meaningful conversation about basketball over dinner with one of the biggest sportsfans around - my hubby. It's given us something new to connect over and something else to enjoy together. 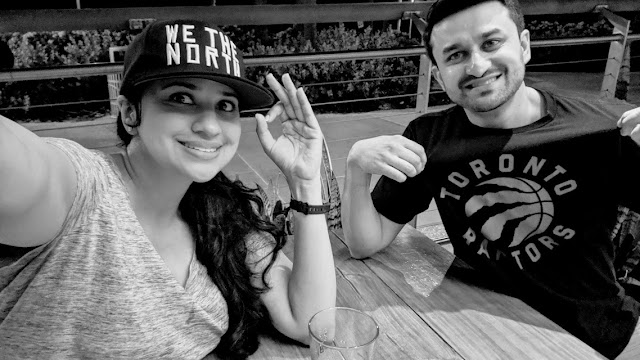 Some might scoff at those who have gotten on board in the eleventh hour, but I say - this is the first time we have been here. This is not your typical city vs. city game. This is an underdog vs defending champion story and this is about team spirit. 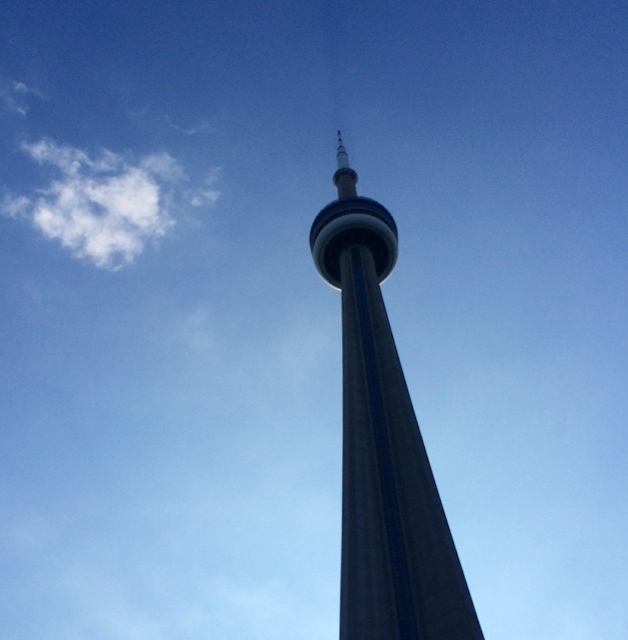 The Raptors have united us as a city and as a country, too. We are the ONLY Canadian team and the excitement is palpable. 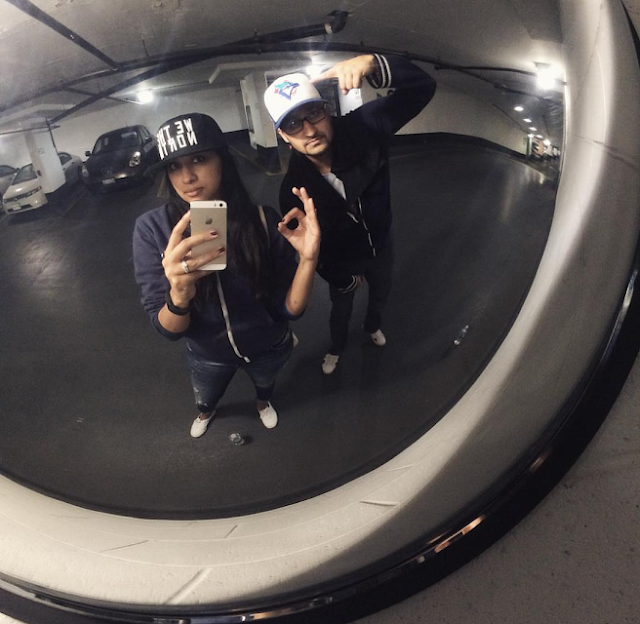 When you walk down the street - you FEEL the energy. People are cheering and honking at the sight of a Raptor's flag. They are repping their team and wearing the jerseys. They are spreading messages of hope, happiness, positivity and supporting their city. They are starting conversations with strangers over a common goal.

The Raptors are bringing us closer as a community. So whether it's a 5 game series or a 7 game series, whether they bring home a trophy or not (they're gonna win!!) we can be proud not only of their accomplishments on the court but the way they have exemplified class, professionalism and sportsmanship throughout. They've shown the world what it means to be Canadian - and that is something everyone can be on board with. 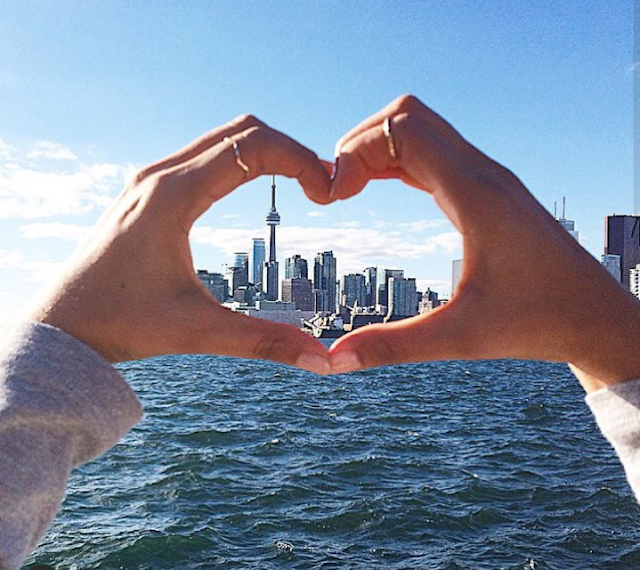 So to the Raptors - you make us proud. You've earned some new fans and brought back some old ones. You've united the country. We're cheering for you.
WE THE NORTH.