Travel: A day in Athens, Greece

One of my absolute favourite destinations is Greece. I’ve always been fascinated by the beautiful white washed buildings, the houses on cliffs, the blue-domed cathedrals. It all looked so magical.
I remember when I was younger and dined out at a local Greek restaurant. They had photos of those stunning Cliffside towns all over the walls and I just knew- one day I would go to Greece. 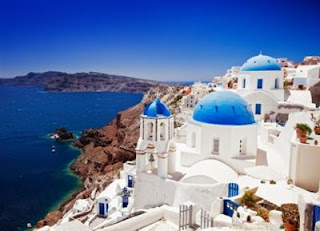 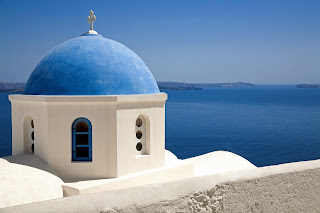 My big day came when a girlfriend and I decided to plan a trip to Europe. I had always thought of Greece as a honeymoon destination but I just couldn’t deal with the thought of being so close and missing out on making my Grecian dreams a reality. Luckily, my friend felt the same and we made plans to spend one night in Athens and five amazing days in Santorini. Originally, we had thought to split our days between Santorini and Mykonos but we ended up simplifying when we realized how much time we would lose in transit. Besides- now we both have a reason to go back and indulge in some more island-hopping.

We flew on Easy Jet, which we found to be an economical means of travelling within Europe. We arrived in Athens in the middle of the night and luckily found a few people who were willing to share a cab into the city centre. It was two in the morning and when they got out, our cabbie drove through some seriously scary pitch-black alleys. My recommendation? Try not to fly in to any country for the first time at two in the morning. To say we were terrified for the last ten minutes of our ride would be an understatement. 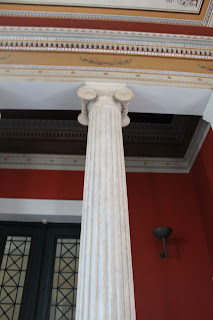 Eventually our cabbie got us to our accommodations unharmed. We arrived at the Athens Backpackers Hostel and were greeted by friendly staff. They didn’t have the original room we requested so upgraded us to a semi-private apartment style room which slept four. It was essentially a suite and way better than anything we had expected from a hostel. The room was spacious, clean and very bright (it looked even better in the morning). I’d definitely stay here again when in Athens as we paid about 20 Euro a person for that night’s accommodation.

In the morning, we joined the hostel’s free walking tour to get a feel for the city. Our guide was a Canadian who now lived in Athens and he took us on a walking tour around some temples (temple of Zeus and Zappio) and led us through the Plaka. 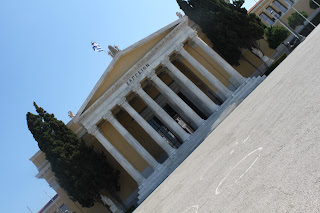 Athen’s Plaka is a historic district with shops, farmer’s stalls and small cafes set up amid ancient ruins. It was a memorable experience and next time I travel to Athens I’d plan to spend at least a few hours wandering around this part of town. 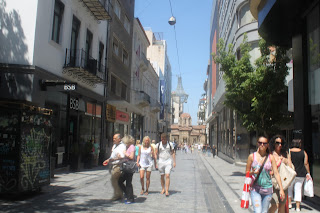 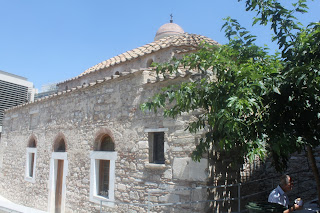 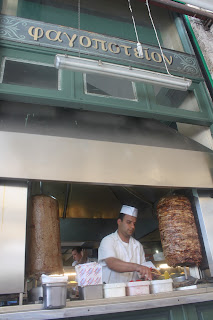 It was here that we stopped for a quick bite to eat at a small diner. The Plaka area is a boutique strip with lots of small family run restaurants and small shops.

All the diners have outdoor patios and large open kitchen windows so you can walk up and place your order, then watch the chef assemble your food.

We (and I still remember this vividly) both ordered Lamb Gyros with tzatziki, tomatoes, olives, onions and French fries in the pita. It was AMAZING. By far one of the most memorable meals I’ve EVER had while travelling. We also both bought a can of pop. The entire meal for both of us cost us 7 Euros. It was truly incredible.

I’d highly recommend eating at the small family run shops in the Plaka area of Athens. You won’t regret it. The flavour is unlike anything you’ve ever had. Just trust me.


It was a scorching hot July day so we excused ourselves out of the tour at this point (we had been walking for about 1.5 hours already) and decided to explore the rest of the area ourselves. (If you decide to stay on the tour, you will end up heading to the Acropolis and hiking up to the Parthenon).

We instead ventured into Monastiraki- a bohemian area of town with interesting shops filled with antiques and interesting clothing. My friend and I both purchased some brightly coloured cotton dresses that we were excited to wear as we travelled around in Greece. 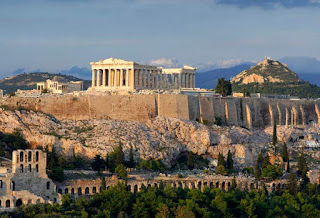 As the sun sank lower in the sky, we decided to grab some drinks and take a taxi to the Acropolis.

We finished our drinks on a bench under some olive trees (how Grecian!) while we took in the view of the very majestic Parthenon.

One of those monuments I’ve always dreamed of visiting and there it was right in front of me.
Eventually we decided to make our way up the white marble steps to the top of the Acropolis. To say it was hot (even in the late afternoon) was an understatement.

I’d recommend going up in the early morning or around 6pm to beat the heat if you decide to travel, like we did, in the middle of July.

There are really no words to describe the beautiful white stone and it’s impressive stature. Its just one of those things you’d have to see to believe…and I hope you get to see it for yourself sometime soon! 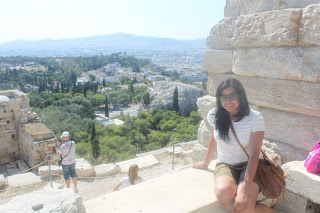 Posted by Angelie Sood at 9:12:00 AM
Email ThisBlogThis!Share to TwitterShare to FacebookShare to Pinterest
Labels: Greece, Travel, travel and food, travelling