Sometimes you just want to kick back, relax and watch some TV.

In our family, we don't watch very much, but when we feel like it, there's nothing more annoying then getting to "tv time" and not being able to find something that we agree on. I guess there's too many options!

Some nights, we waste so much time pointlessly scrolling that I thought I'd put together a list of shows that we have enjoyed lately so hopefully you can stream line your selection process. 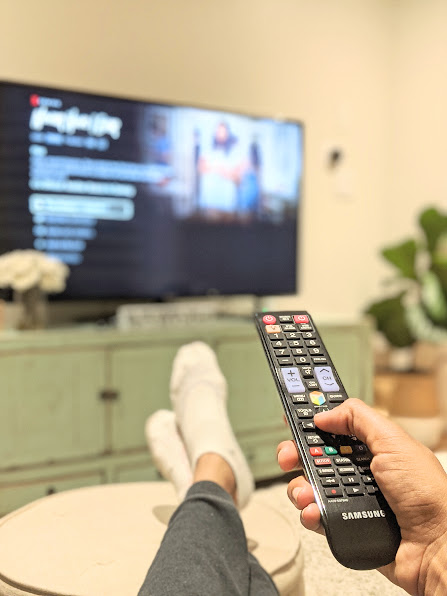 What's interesting is that all of the shows that we've really liked lately have had a similar theme. They all feature topics related to diversity, whether it be related to culture/ethnicity, socio-economic status, race or even physical ability.

These shows all bring to light issues relevant in society today and gave us lots to think and talk about.

With so much learning and unlearning happening in relation to the concept of 'privilege', these are all shows that will broaden our perspectives.  They allow insight into the human experience from angles that we aren't used to seeing on television. And bonus- they were all very entertaining and addictive once you are a few episodes in.

My favourite on the list is Ramy. Created by and starring comedian Ramy Youssef, the show is a hilarious depiction of the struggles of an American Muslim man trying to navigate religion, love and life as a millennial.

You can't help but fall in love with his flaws and his family - who are all struggling to balance both Egyptian and American sides of their identities.

Personally, I loved seeing Egyptian cultural norms depicted on television. Coming from an Eastern background myself, I could definitely relate to some of the social expectations and challenges of balancing two different cultures as a first generation Canadian.


I also loved that Ramy cast his real life best friend, Steve Way in the show. Steve has Muscular Dystrophy and is an advocate for disability awareness.

The show brings to light some of the issues both Ramy and Steve face in an entertaining but still educational way. I was so grateful to see marginalized communities get a voice through this show.

And side note: Ramy won the Golden Globe for best Actor in 2019.

You can watch a clip of his stand-up comedy here


I saw this show just as news about George Floyd hit. It was a poignant show and the timing was spot on. It served as another form of education for me, as the drama brought to light just some of the inequalities and social injustices that Black people face daily.

Reese Witherspoon (also a producer of the series) and Kerry Washington showcase the concept of privilege so clearly - I'd recommend this show to everyone who has embarked on their own journey of unlearning and relearning with regards to race and inequality.

NEVER HAVE I EVER (Netflix)


A hilarious and entertaining comedy about a young Indian girl coming of age in the United States.
This one was created by comedian/actor Mindy Kaling and is loosely based on some of her own experiences growing up.

While much of the cultural nuances are exaggerated for comic effect, I still appreciated the fact that Indian culture is being showcased at all on a mainstream television  show.

Growing up this was not the type of show I would have even had access to. It's amazing to have the option to enjoy diverse stories about families and people of colour.

Have you seen any of these shows? Let me know how you like them if you decide to check any of them out.

Posted by Angelie Sood at 10:08:00 PM
Email ThisBlogThis!Share to TwitterShare to FacebookShare to Pinterest